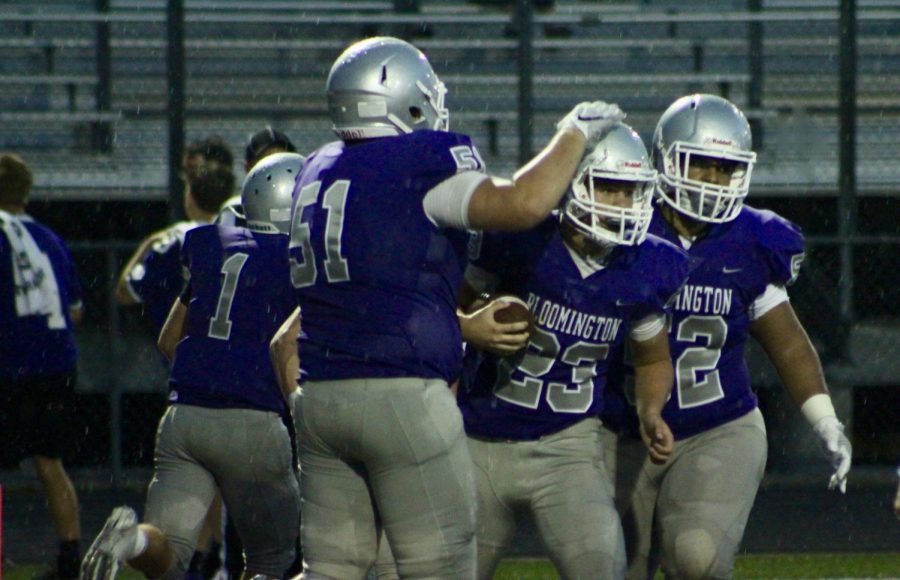 The South football team grabbed the first win of their young season against the visiting Terre Haute North Patriots Friday night. It may have been raining, but the Panthers (1-2) were the ones pouring it on, with the offense running up the score all night long. South looked more comfortable and poised on offense in the first half than in their losses against Martinsville and Brownsburg. This charge of offensive power was lead by junior running back Maveric Thiery, who ran for three touchdowns in the first half, and senior quarterback Trent Richardson, who threw for 168 yards and rushed for 68 overall. The defense kept a steady hand, only allowing a season-low 14 points, and grabbing several interceptions and fumble recoveries along the way. Next week, the Panthers will travel across town to play Bloomington North in what will likely be a closely contested and rivalry fueled game.