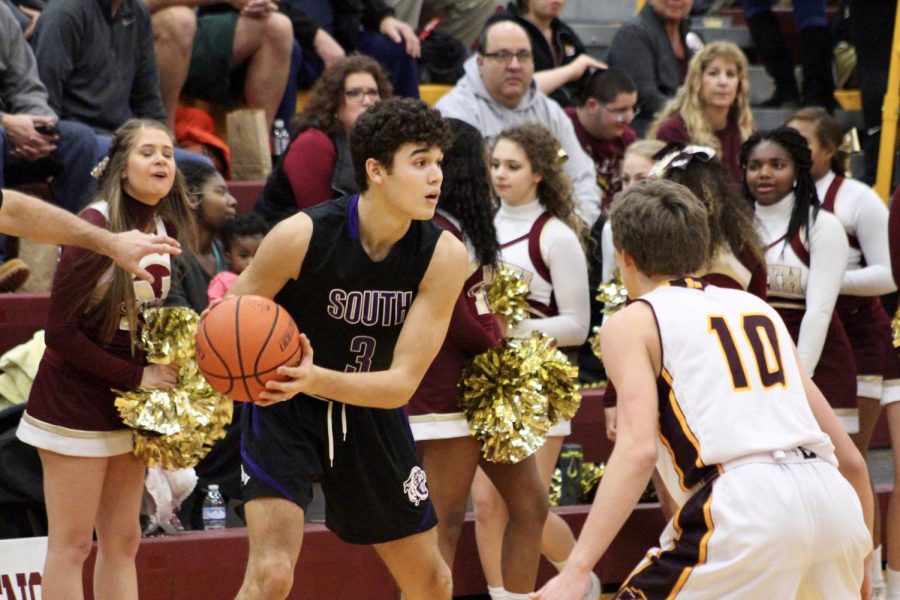 The past week was Thanksgiving break for some, but it marked the start of the season for all IHSAA boys basketball teams. Bloomington South dropped their first two, including an embarrassing loss to 3A Edgewood. Hopefully J.R. Holmes can right the ship. The rest of the OSports top ten fared quite well. This week we’ll take a dive into the noteworthy results, players and games to watch, as well as our weekly rankings.

Zionsville didn’t start heating up from the field until it was too late. Senior guard Isaiah Thompson (Purdue commit) has been lauded as one of the top players in the state, but he shot just 3 for 14 on the night. Fellow guards Brandon Vernon and Anthony Scales didn’t fare much better, each shooting 33 percent. The Eagles found success in the paint with senior forward Nathan Childress, who finished with 23 points. If Thompson and his fellow guards can pick things up, Zionsville could be a deadly combination of size and talent.

Carmel got out to a big lead early, ahead 31-21 at the half. The Greyhounds exhibited excellent guard play, and center John-Michael Mulloy (Butler commit) played well despite Zionsville’s size. Interestingly, guard Peter Suder got the start as just a freshman. Suder ended with 14 points and will be an intriguing player to watch this season; it’s rare to have a freshman starter on one of the top teams in the state. Senior guard Karsten Windlan also had a big game for Carmel. The team appears to have the balance necessary to make a run at the championship.

Bloomington South looked much better than they did against Edgewood, but they again failed to close things out. Much like the first loss, South simply got out-shot. At the three point line, the Bulldogs shot 6-of-10. South hit just 2-of-10. Highly touted junior guard Anthony Leal played a bigger role but still struggled beyond the arc and at the free throw line. He finished with 13 points on the night. Junior point guard Noah Jager forced several turnovers, made all four free throw attempts and dished out a couple assists, ending the night with 8 points. He’s been a bright spot for South early this season after scoring 24 points against Edgewood. For South to turn things around, they’ll have to start capitalizing more off of turnovers and correcting things at the free throw line. It’s fundamentals, but it’s cost the Panthers dearly this season.

New Albany started the post-Romeo era on a happy note. Despite playing without returning starter Julien Hunter (due to injury), New Albany played well as a team. Derrick Stevenson and Trey Hourigan both shot well from the field, finishing with 13 points and 12 points, respectively. Once Hunter returns to the fold, the Bulldogs will have all the right pieces to go deep into the tournament.

Players of the Week

Newman scored 36 points and added 15 rebounds in a blowout victory against Hobart.

Franklin dropped 29 points, 14 rebounds, 5 steals and 3 assists in a win versus talented 2A school Indianapolis Howe.

Childress shot 9-of-13 versus Carmel, ending with 23 points.

Matchups to Watch For

Danville lost a surprise game to the Tiger Cubs. Starters Peyton Roof and Connor Jones each fouled out, and lead scorer Sam Comer committed four fouls. The team shot poorly overall, finishing at 38 percent on the night. For Greencastle, sophomore guard Brody Whitaker dropped 19 points and senior forward Gavin Bollman finished with 13. They’ve started the season 2-0 and may have good things to come.

The Tigers knocked off one of the better 4A teams in the state with pure grit, trailing entering the fourth quarter. Senior Jaiquan Edwards led the way with 18 points.

Matchups to Watch For

Here’s to a great week of basketball!