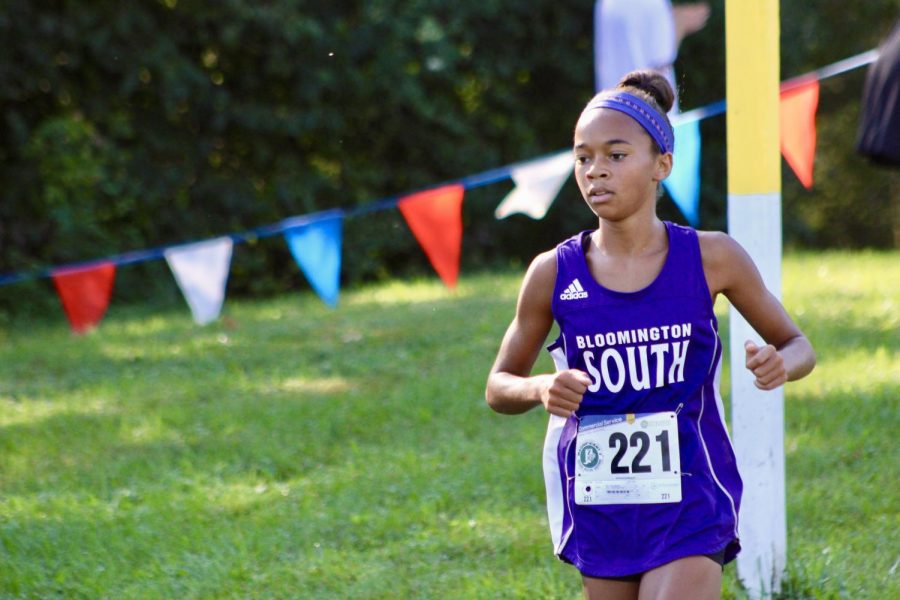 After losing a lot of talent including Toudara Galuska, Maddie McMullen and Tori Bomba, the Bloomington South Girls Cross Country was seeking some new front runners coming into the season. That’s when Abby Beathea stepped into the picture.

The freshman quickly became a big name for the Panthers, as she led them to a 19th place finish at the state finals, and finished 31st individually. Her impressive time of 19:09 earned her a spot on The Herald Times all-area first team. She was the only runner to represent South on the first team. With Beathea only being a freshman, you can expect to see her name for the next three years.

Running is in the Beathea family genetics. Ed Beathea, Abby’s father, is an associate track coach at Indiana University, and has produced 13 All Americans and five Big Ten champions in his four years at IU. His oldest daughter Sarah, a South alumni, ran cross country her freshman and sophomore years, but decided to focus on track for her final two high school years. Sarah, like her father, ran sprints, specifically the 200 meter dash, the 400, and the 4×400 relay.

Abby’s running career started in fifth grade with the Indiana Track Club. “I do a lot of workouts with my dad in the offseason, which consist of speed work and long recovery runs,” Beathea said.

Running in college is Beathea’s end goal.“ I need stay at my highest level at all times, and consistently get good times,” Beathea said.

“ Abby is an extremely dedicated runner, and she works hard every day. She is very bubbly, and she’s super nice to everybody,” Emma Hickman, Beathea’s teammate, said.