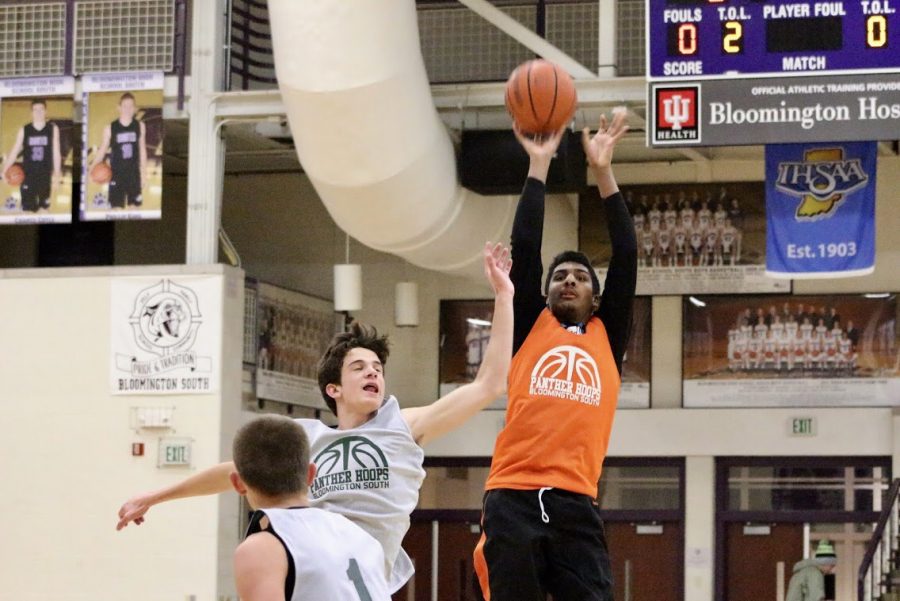 America, it’s time. When the days get colder and darker, there is but one bright spot: Panther Hoops. With a record number of teams vying for the famed sweatshirt, new recruits and re-arranged teams will make this one of the most competitive seasons yet. Optimist Sports will be on the beat all season long to provide you with the most up to date information.

Last season’s champions are back, and have strong chances to go back-to-back. Former coach (and South forward) Wil Stockman will be suiting up for CMWK this season, giving the team another intimidating post presence. As Stockman joins the team on the hardwood, Anthony Leal will take over as full time head coach. Leal has no doubts about the strength of his organization: he’s been guaranteeing a championship since March. The team has an MVP caliber player in Jackson Moore, although sources close to the team are reporting that Moore may sit out against weaker teams to allow more playing time for his teammates. Forwards Alan Morris and Charlie Abel were pivotal in the postseason last year, but concerns over Abel’s injury may restrict some of his scoring abilities. Cash Money White Kids has a range of scoring options both inside and outside the three point line (including point guard Gio Alicea and big men Sam Lewis and Nate Taylor). At this point, they’re our unanimous preseason favorite.

And then there were the juniors. The Ball Brothers were formed when the Waterboys announced the discontinuation of their organization. Talented guard Zach Stewart displayed MVP potential last season as a sophomore, however, the Ball Brothers have a roster with an array of polished shooters and inside threats. JJ Thomas is capable of making some explosive plays. Junior guard Sean Azcui, a former South JV player, will be tough to contain. Guards Tommy Sutkowski and Braydon Douglas both played last season on the varsity team at Lighthouse. Forward Ron Underwood is tough to guard inside the paint; he was the leading scorer for The Underdogs last year. Guard Jack Gillard, formerly a B-Town King, and forward Reid Johnson, an ex-Waterboy, are also expected to be major contributors. This team might just have the most potential of any in the league.

Off the bench: Gillard, Johnson, Azcui

0-10 as sophomores, C-Team has propelled themselves to the top of the league. Led by superstar guard Scott Grabowski, the team cracked the elite eight last season where they fell to Semi-Pro. C-Team returns much of their core, but added some big names such as ex-South player Jonathan Collins and former Underdog Jackson Younger. Younger is excited for the season, saying “let’s get this bread.” C-Team also brings an elite coaching staff, with Addison Blackwell, Grayson Rolen and CEO Trevor Cutshall. There is a big talent gap between the top two teams and those below, but C-Team’s experience puts them ahead of the pack at this time.

This team from North might just have championship potential. Guard Diego Smith helped his team to the championship game last season. Smith has one of the fatter clips in the league with potential to light it up from just about anywhere on the court. Guard Charlie Bless can rain it in from beyond the arc, and balanced assets in Tyler Gary, Ted Toohill, and Max Graf will make the Half Senders tough to beat. They’ll have to prove themselves, but at this point they slot in at number 4 in our power rankings.

Off the bench: Bruce, Lowinger

On the rise
Fat Clips

Fat Clips, a consolidation of Waterboys and new free agency pickups, check in as “on the rise”. The all-junior team is led by guard Nick Cannon, a sharpshooter who unofficially averaged 10 points per game for the Waterboys last season. Rookie guard Matt Moore has looked solid in performances at the local YMCA, and is a streaky shooter with impressive ball handling abilities. Thomas Joyce, a forward who formerly played for The Underdogs, should prove a solid addition for the team inside the paint. The Fat Clips, in line with the team’s name, are expected to shoot most of their shots from behind the three point line. They’ll struggle to match up against some ex-South basketball players down low, but if they’re hitting from three they can compete with a lot of teams in the league. First year Coach Ethan Zaleski has high praise for his squad, saying in a pre-season interview that “the Fat Clips are undoubtedly the best team in the league. Anything other than a championship would be disappointing for this elite ball club.”

Tune Squad’s lineup will have to prove themselves, as they have several rookie players despite being an all (but one) senior team. Shooters Justin Pemberton and third year guard Jacob Lewis can clip it from outside. Guard/forward Seth Kestranek played solidly last year for the B-Town Kings. The team also has height down low with forwards Thomas Tierney and Mitchell Clarke. Tune Squad has been seen putting in work at asians and the YMCA, meaning this team could be better than some analysts are projecting. While lacking championship caliber players, Tune Squad will be able to compete with most teams in the league, especially when there are mismatches down low.

With all star coaches Bruce Furr and Demetrius Ellett, the Benchwarmers have some of the top basketball minds on their sideline. Unfortunately for the Benchwarmers, longtime PHooper Danny Wallace was ruled ineligible by Commissioner True. However, his replacement Elijah Middleton is well-rounded and one of the most underrated players in the league. The Benchwarmers have good size and could dominate on the glass with football linemen Mitchell Corns, Zander Rich, Zach Simon and Kyle Hurley. Corns is confident in his team, saying “we’re undoubtedly championship caliber. I don’t care what the so-called analysts on ESPN are saying.”

Wet and Shloopy’s roster, split between North and South players, is a bit of a rarity when it comes to PHoops. Made up of athletic players in a variety of sports, Wet and Shloopy does lack basketball experience. Point guard Zak Dabdoub, the facilitator for the Wet and Shloopy offense, will see a lot of playing time. Former B-Town Kings player Nick Stright, who unofficially averaged 7 points last season, will help the scoring attack as well. Stright expects to “put up triple digits on every team in the league.”

And then there were the sophomores. The Janitors feature a lot of fresh faces to PHoops, although it will likely take them a bit to assimilate into the culture. Guard Grant Bivins has high scoring potential, but the team also has some size with Darnell Boyce and Jaden Badger.

Inspired by the rival Fat Clips, the Slim Clips formed during Mr. Frey’s finite class. Former Waterboys Ryan Hudson, Aditya Shah and Thomas Like, a.k.a the big three, will see much more playing time this go around. Like said that “mostly I’m tryna drop triple figures in points and double figures in assists and rebounds each game.” He added that “I think we’re gonna win the championship.” Hudson’s three point prowess has been displayed at the YMCA, but PHoops may prove a tougher challenge for the future NBA star. Shooting guard Grant Yeagley has no slim clip. He’s another quality shooter for this young organization. Placed in the lower division, the Slim Clips might be able to work some teams early on, but the playoffs will be a more treacherous stretch.

Off the bench: Mathis, Hammond, Quigley

They may have the same name as the North squad that were runner ups last season, but this year’s Air Jordans have a reshaped roster. Ethan Hurlow and Jaden Lettelleir figure to be the top scorers for the Air Jordans, although a lot remains to be determined on how the team wants to run things.

The Quitters vs. TiDee South matchup could be a close one. Forward Sydney Leeper can be tough to guard inside the paint, and guard Sofi Rife can shoot from outside. Wil Zinkan, a former St. Charles hooper, will likely lead the team in scoring this season.

History made. The first all girls team in PHoops history has formed. It’ll be a tall task for TiDee South to make it far in the playoffs, however, sources close to the team report that team chemistry is at an all time high. Senior guard Afua Dakwa and junior guard Mairead Kennedy are expected to lead the team in scoring. “Our chances are pretty low, but it will still be fun to be the first all girls team,” said junior Amy Harrison. We’ll see if TiDee South are able to knock off any of the teams in PHoops, which could be something to build off of for the first year organization.