The affects of sports traditions 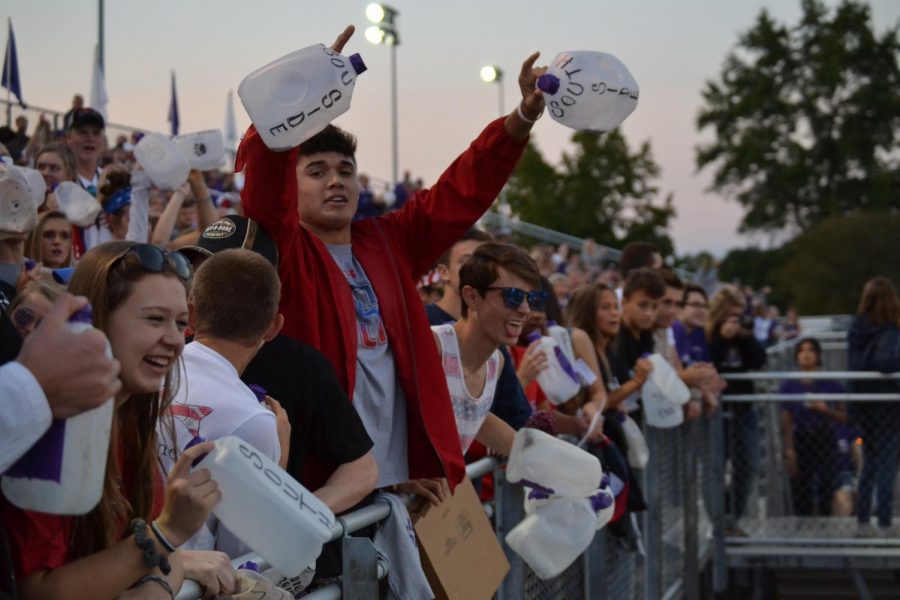 Throughout American history, sports have played a major role in culture. From Super Bowls to World Series, there is always a rivalry one television channel away. Sports have been ingrained into American culture for many decades. The pursuit of success for different teams and the madness behind die hard sports fans has created an empire of pastimes that Americans are commonly known for.

Watching a football game or cheering on your favorite team member has taken a more traditional meaning for some families. These events become traditions that bring loved ones closer together and create a sense of euphoria throughout the sporting community. Looking closer at these unifying phenomenons, anyone would wonder what it is about these teams that makes them so easy to become attached too. Sophomore, Joey Crowe replied to this question through his experience on the Bloomington swim team.

“The traditions inside a sports team are really what makes them so intriguing. On the swim team, we have a tradition of the boys bleaching their hair towards the end of the season before conference,” Crowe said.

Crowe is a second year member of the team and he speaks very highly of the comradery between his other swimming peers.

“Every year, after the North vs. South meet, the entire team meets at [Bub’s Burgers] to eat a one pound burger,” Crowe said. “We really do it because it symbolizes our success and brings us closer together,”

He described how these different traditions cause each person to interact with someone new. These new interactions create bonds that can be used to build a close community. Through these customs, the members of the team become unified, causing them to perform as a single unit.

Sophomore Sophie Bryant agreed with this revelation through her own experience on the Bloomington South track team. Each year the throwing team has a “hog race.” Each student competes in the middle of the field in a 4 by 1 relay race.

She described it as “A race that is really important to the throwing team because it has become a way for us to mock ourselves. As throwers we don’t usually run so everyone joins together to attempt the relay [and have] a good time.”

Through these students’ unique, athletic experiences, it is evident that the popularity around a sports team is a direct reflection of the dynamic between each of the players. Both athletes stated that “a sport is truly a combination of the willingness of the players.” Without traditions between the teammates, groups would lack a beneficial bond that shines through their scores and stats.