A closer look: banned websites on the MCCSC wifi 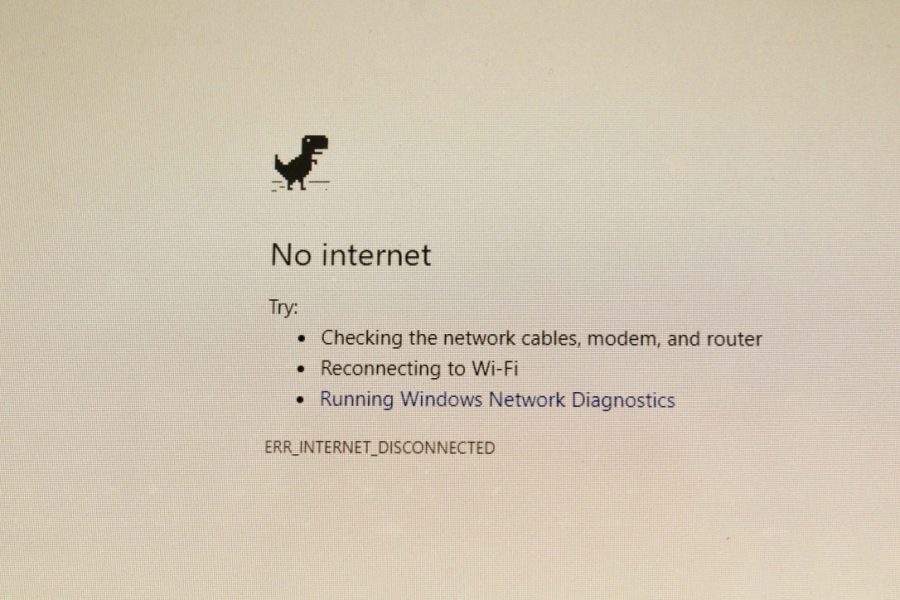 Nothing is worse than navigating a website on school wifi only to find that it is blocked by the Monroe County Community School Corporation.

During the 2016-17 school year, students were disappointed to find that Netflix had been blocked on the school wifi. This is just one of the many apps and websites to be blocked on the MCCSC servers. Other notable blocked apps and sites have been Snapchat, Dragonvale, GroupMe (for a stint) and most adobe flash game sites.

When interviewed at the time of the ban in August 2016, Director of eLearning Strategies Tim Pritchett explained that the ban of Netflix was due to the problems with the increased use of bandwidth, or data being used across the network.

“The impact on our available bandwidth for educational purposes is not yet critical, but is approaching a problematic state,” Pritchett said.

Now, three years later, Pritchett explains that bandwidth usage is just one of the reasons that various websites are banned from the MCCSC network.

This CIPA filter, barring occasional overrides or recategorization, is the basis for most of the websites blocked on the MCCSC network. However, Pritchett explains that there are two angles that MCCSC themselves look at when deciding what websites or applications students should or shouldn’t be allowed to access.

“First, we look to see if there is an educational value. YouTube, for example, can be a great time-waster and can have some questionable content, but the educational value of it outweighs the loss of learning material if it were blocked,” Pritchett said.

While the risk of YouTube and other educational websites is worthwhile in the eyes of MCCSC, Pritchett explains that when it comes to Internet safety, the corporation must be proactive and examine what websites are really doing to student’s computers, iPads and smartphones.

“Nearly anything “free” on the Internet is only free because it is hiding its actual intent,” Pritchett said. “Most free gaming sites are free because they load your machine with tracking cookies, adware and sometimes even malware.”