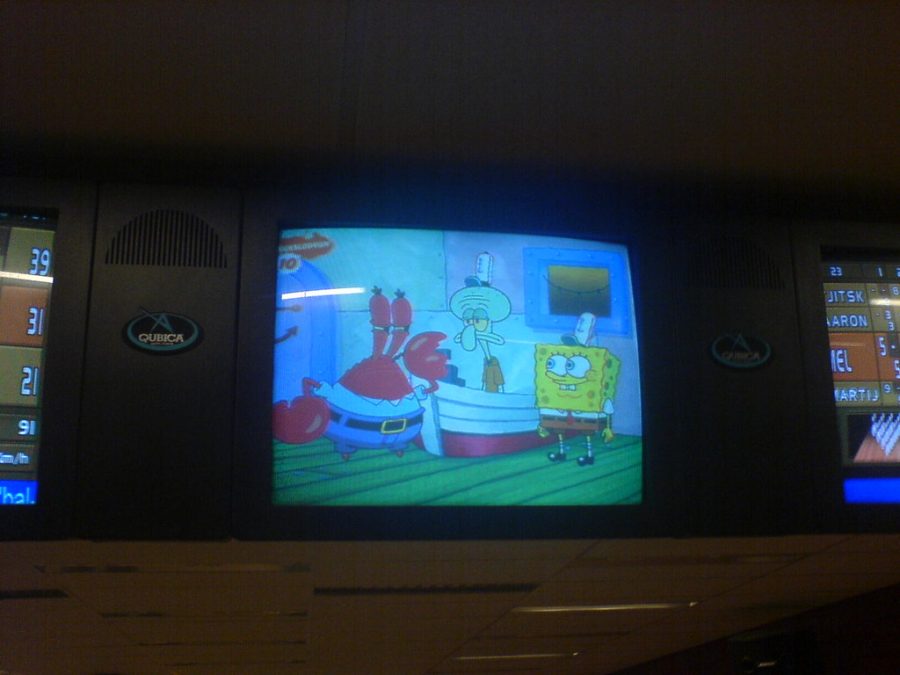 Everyone has heard the name “Spongebob Squarepants” at least once, whether they watched the show or not. If not, you must’ve been raised under a rock, just like Patrick. Practically all the episodes are amazing and it’s hard to pin down what episodes are labeled as the “best,” but as a professional Spongebob analyst, I have a pretty good idea of which are the most deserving. I’m just going to do seasons one-three mainly because that’s where the best episodes are. As a kid, I watched Spongebob practically everyday. While this list is my opinion, it shouldn’t have any noticeable flaws and is pretty much perfect.

This episode claims the title of number one episode because of its amazing comedy, great soundtrack and storyline. Squidward has to get his misfit band ready for the Bubble Bowl, while they make classic jokes and mess around, worrying Squidward that they won’t be ready in time. They surprise him when they perform the act perfectly and shock the crowd. Part of this episode was used in the Super Bowl halftime show last year, so it has to be up there on the list.

Spongebob and Patrick try to become entrepreneurs in this episode, attempting to sell chocolates to local residents of Bikini Bottom, and this episode shows the different interactions that they have with the citizens. A crazy man chases them down wanting to buy chocolates and another entrepreneur tricks them into buying his products because of their stupidity. This episode brings the classic line, “What are they selling?” from the very old and shriveled grandma that argues with her caretaker.

In this episode we receive a lot of info about what to do to defend yourself against a seabear as Spongebob and Patrick camp ten feet outside their house and convince Squidward to join. We also receive the “Campfire Song” that Spongebob performs. Squidward is attacked by the bear in the episode despite Spongebob and Patrick telling Squidward what not to do if he wants to stay safe.

5. Survival of the Idiots: Season 2 Episode 9

This episode brings one of the funnier interactions between Spongebob and Patrick as they play in the snow of Sandy’s treedome as she is in hibernation. It brings the classic line by Patrick, “Who you calling pinhead?” Spongebob and Patrick’s fighting is loud enough to wake Sandy from her slumber as she attacks them in her angry woken up mid hibernation state.

If you’ve ever thought about working at the Krusty Krab, then this episode can help train you so you can get the job. It goes over the right and wrongs of being a worker at the restaurant, showing Squidward as a bad worker and Spongebob as a good worker. It adds comedy and randomness which makes it so good.

The Flying Dutchman drops his anchor from his ship on Spongebob’s house, which sparks his curiosity. Spongebob, Patrick, and Squidward climb up the rope and encounter the Flying Dutchman. They have to become a part of his crew. They destroy most of the ship in the process and have a bunch of funny and stupid comments along the way.

In Spongebob’s boating school class, he is given the weekly duty of being the hall monitor. He takes the job way to seriously and ends up destroying the town because he’s looking for a criminal when it’s really him. Patrick helps along the way which makes the episode a lot funnier.

Spongebob finds Mermaid Man’s superhero belt and gets carried away with it and doesn’t know how to use it. The M on the belt is turned upside down and Patrick tells Spongebob that it means wumbo, like Spongebob is supposed to know what that means. Spongebob shrinks everyone in the town and when he releases them from the jar he keeps them in, they attack him. Mermaid Man gets it back before Spongebob does anymore damage.

Spongebob shows plankton the ways to having fun and becomes his friend because Plankton is always evil and mean and Spongebob always likes to make friends no matter who they are. Mr.Krabs is not buying it, thinking that Plankton is wanting to go through Spongebob to get the secret formula. We get the amazing “F.U.N”, song and we are shown the ways to true friendship.