Get to know Alex Straube as he tells us about how he got into photography and some of his big influences. 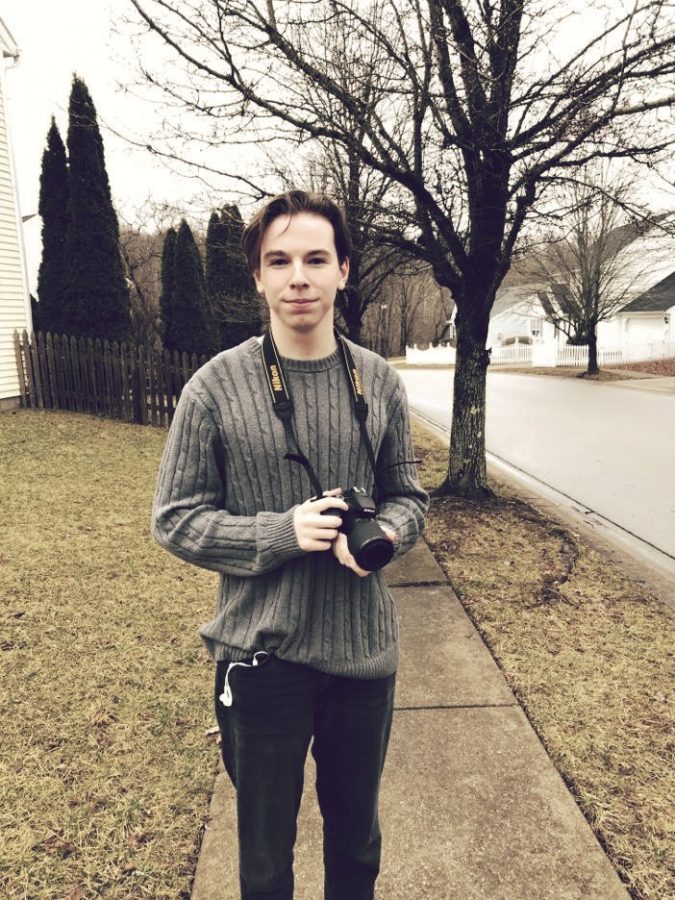 For those of you who don’t know him, Alex Straube is a senior at Bloomington South. You might have seen him walking through the hallways with the usual one earbud plugged in and rocking his unique style of clothing and a friendly attitude.

While some may have a passion for sports or music, Straube has one for photography, along with producing some music on the side.

For this edition of Panther Profile, we asked Straube about himself and his photography hobby.

With the advent of better cameras on smartphones and apps like Instagram and VSCO, it might seem like everybody is an amateur photographer now. However, Straube claims that he was drawn to old school camera photography from a young age.

His grandfather worked as a photographer for Kodak, a signature photography company, and helped take photos during WWII. With his immense involvement in photography, Straube’s grandfather got his grandson interested in the medium.

However, it wasn’t until five years ago that Straube became mindful about becoming a better photographer. What used to be a fun activity to pass time turned into a passion and a commitment.

Straube got himself a professional camera and started learning more about photography.

Straube even became a graduate of the photography class offered here at South, which he took freshman year. He recounts that class as having taught him “everything from composition to editing.” Not only did the class teach Straube about what goes into taking a photo, but it was also project-based, allowing students to apply their knowledge and display their creativity.

From his experience, Straube finds the secret to taking a great photo comes primarily from the composition.

He states confidently, “if you don’t have the basics down, then it’s really hard to take quality photographs.”

As for his influences and style, Straube takes a lot of inspiration from Ansel Adams, a 20th-century photographer who used his work to promote the conservation of the American West.

Very much like Adams, many of Straube’s photographs are black and white landscapes, but while Adams’ photos carry strong conservationist messages, Straube has a different goal for the photos he takes.

By taking photographs that emphasize the beauty found in nature, Straube strives to encourage “people to go out and explore these beautiful places.”

While Straube may have all the tools to do freelance photography gigs, he said the thought never really crossed his mind.

“I never really thought about taking my hobby and making it something I can make money with. However, I hope someday my work might make it into a museum,” said Straube.

At the end of the day, Straube feels like what matters in a hobby is being passionate about it and having fun.

“It is not always about the final product, it’s about being that headspace with your camera where you are really immersed in energized focus. If you are not passionate, your photo isn’t going to turn out great. That’s what I think many people miss the most ” said Straube.

Lastly, I asked Straube for a quote that speaks to his photography philosophy.