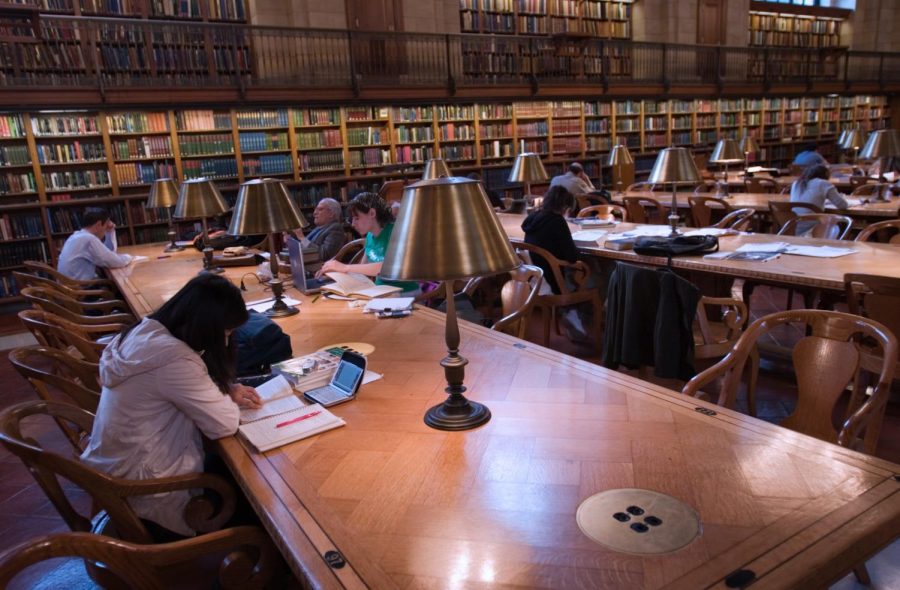 The Monroe County Public Library’s main branch on Kirkwood Ave. can be a bit of a pain to get to. Between downtown construction projects, parking difficulties, and the lengthy distance from some parts of town, it’s no wonder that accessibility is a bit of an issue for MCPL. Luckily, that will be changing soon with the opening of a new branch of the library in 2021-2022.

In the summer of 2018, MCPL entered into talks with Matheu Architects, PC as well as various community leaders and stakeholders to start planning the building of a new branch. The branch will be in the southwest area of Bloomington because of the region’s large residential growth and population, as well as its need for a library. The new library branch will also be neighboring Batchelor Middle School.

Senior Michael Betar, who was previously interviewed for the article detailing the elimination of fines in the library, was pleasantly surprised with the quick timing when it came to increasing access beyond the fines.

“This library will definitely be game changing for many people in general with the timing of this happening a lot sooner than I had thought from the previous time I was interviewed,” said Betar.

“It is a good way to bring in more people from areas further away from downtown… people who live nearby the area can [get] to it much faster than [they could by] going downtown where there can be traffic and construction.”

Batchelor Middle School alumna and South senior Lauren Chasteen was also excited by the prospect of a southwest branch of the library due to its more convenient location, especially to Batchelor students.

“Honestly, I think a new branch closer to that side of town is a great idea. It would make it more easily accessible (via walking especially). I think that’d be good for Batchelor students as well because they’ll have access to study resources.”

Although many individual patrons are very happy about this new branch, the excitement has spread to local groups as well. Most recently, the Community Foundation of Bloomington and Monroe County awarded the library a grant for a 600-square-foot teaching kitchen and the needed appliances and supplies. Social advocacy group BloomingVeg, aimed towards recruiting vegetarians, vegans, or even just veggie-lovers, according to their website, expressed great interest in utilizing the library kitchen.

“BloomingVeg hasn’t hosted a cookshop in a few years [because] we don’t have a good place to do so. We’d love a library kitchen so we can host vegan cooking classes that are accessible to as many people as possible,” said Jessika Griffin, BloomingVeg organizing team member.

As a whole, it is safe to say that the new branch of the library will help MCPL on its quest to increase access to the people of Bloomington, not just to books, but also to learning new skills to improve patrons’ lives.