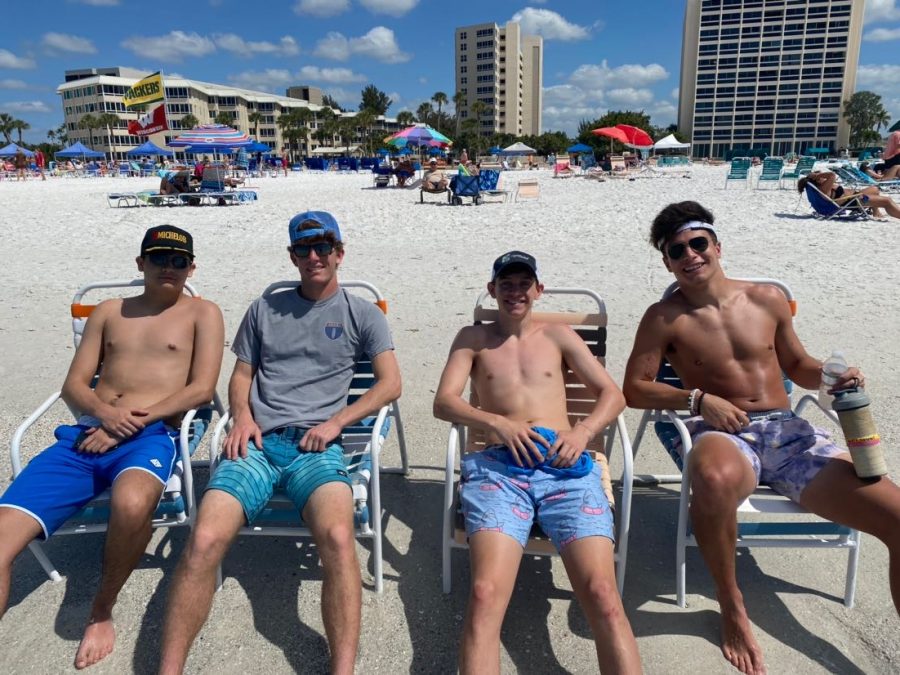 Everyone has only a limited amount of spring breaks while they are in high school and I think it’s safe to say that no one would ever want to sacrifice such an exciting youthful experience. So what happens when a global pandemic hits?

The answer is that nothing really changes. While people traveling outside of the contiguous United States’ borders may have decided to cancel due to the possibility of a travel ban (which ended up happening so kudos to those people for good decision making!), most people staying inside the country did not falter.

It was just so surreal, though, because while I’m down in Siesta Key, Florida having a good time with friends, the world around me is going into chaos. There was essentially no sense of reality. When I thought about it, our situation was kind of like the opposite of the storyline in Stephen King’s famous novel, Under the Dome. I say this because while in King’s book, the town under the dome goes into chaos and the rest of the world remains fine, but for us, our town remained fine while the rest of the world went into a panic.

There wasn’t even any concern expressed by anyone about where we went, who we interacted with, or what we touched. The sole focus was just on having a good time. My good friend, senior Zach Bellini, put it into perspective and said that the whole country probably hates spring breakers right now because everyone at home is doing everything they can to prevent the spread of the virus, but spring breakers are being careless and acting mindlessly.

Rarely were there any reality checks. Going through the airports on the way there and way back was very strange because it was the complete opposite of the usual jam-packed airport feel during spring break. Both planes we got on were only about half-full, too. It wasn’t until later in the week that restaurants started only offering carry-out, either.

Thankfully, the beaches weren’t forced to close until the morning of the day my friends and I left. My brother wasn’t so fortunate as he had to leave three days early because the beaches in Fort Lauderdale had all closed. Sometimes there were people who weren’t ok with shaking hands, but most people were completely comfortable around each other; after all, it’s spring break…you’re supposed to relax.

Sometimes relaxing with too many people got you in trouble, though, as several times throughout the week we heard about cops breaking up parties or large hangouts because they had been ordered to prevent gatherings of 10+ people.

Even one of my friends I was staying with had to go home a day early because his dad drove 15 hours down to where we were staying just to pick him up and take him back home out of concern for the virus. We had no idea that it was that bad. As spring breakers, we had tunnel vision. None of the signs could deter us from savoring our senior spring break, not even the fact that practically all the grocery stores were either cleared out or closed.

As soon as I stepped back in my garage, though, all of reality hit me at once. My mom ran to the door and ordered me to strip down to my underwear and leave everything I had in the garage so she could go through and disinfect it all. That’s when the fun was over. Since then I’ve been quarantined in my basement, spending most of my time doing puzzles (which are actually very fun by the way) and have finally realized the severity of COVID-19.