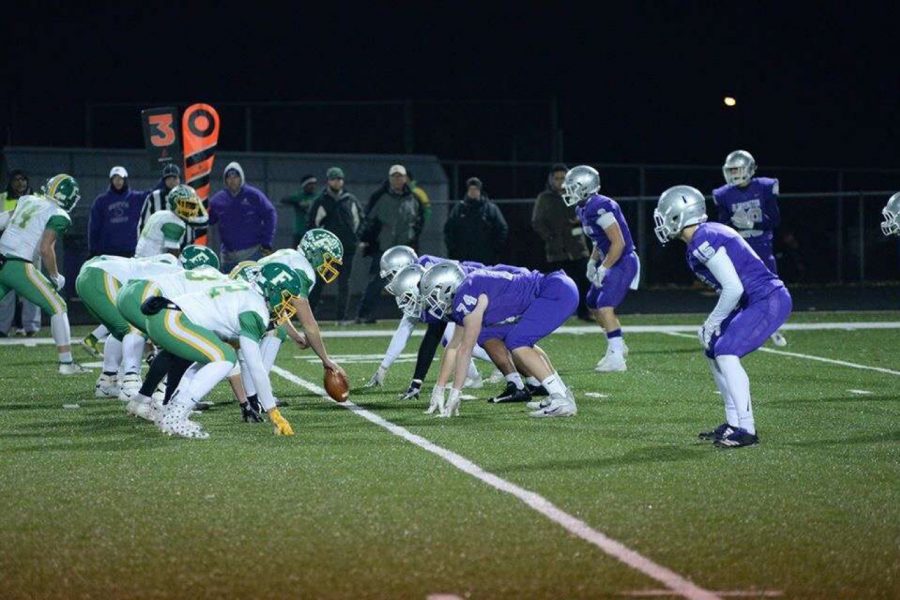 Over the course of Bloomington South’s athletic history, we have been one of the most dominant schools in Southern Indiana and could even be the most dominant. As a result, several schools have developed a hatred for the Panthers and would do anything to dethrone us.

This hatred has led to the formation of some nasty rivalries over the years and it’s time these mutual distastes get ranked. Against these certain teams, there is just a different feel in the air, and both teams know that the game means more than just a potential “W” on the statsheet.

Without further ado, our greatest rivals.

NOTE: WE COULD ONLY FIND RECORDS FOR FB, GBB, AND BBB

This is no surprise. Ever since the split of Bloomington High School after the spring of 1972, the Cougars and the Panthers have had an absolute disgust for each other. Anytime these two schools face off, it decides who owns the town, and being on the losing end is just straight up embarrassing. Thankfully, North has found themselves on the losing end more in the past two decades, but they always make sure to put up a good fight. Since 1972, South is 43-14 against North in football (23-7 since 1994), but the rivalry has heated up a bit as the Cougars are finally getting better at football. In boys basketball, South is 31-14 since 1994, but several of those losses came in the late 90s-early 00s when North was a juggernaut, and in the last 16 years, we are 23-4 against them. Girls basketball is a bit closer at 18-10 since 2001, but that is still a fair lead. In other sports, baseball and girls soccer have gone back and forth in the past decade while boys soccer has been ruled by South ever since there were a couple good North teams in the early 2010s.

Our rivalry against the Artesians is almost completely in the football department, but the hatred there is enough. Martinsville has pretty much always been in South’s sectional, and by destiny, we always end up playing them a second time. In football, we are still 54-26-1 against them since 1928, but when they get the chance, they always run up the score. This rivalry is definitely more one of revenge, though. In 1994, South only lost by a touchdown in the regular season, but in the second meeting, Martinsville absolutely destroyed us 62-0. In 2013, Martinsville beat us 60-14 in the regular season only to lose 55-22 later that year in the sectional. More recently, in 2018, the Arties whooped up on South 47-20 in the regular season but miraculously lost in a double-OT thriller, 28-25, in the sectional championship. It has been all about who gets the last laugh. Meanwhile, boys basketball has only lost to the Arties once in the past 17 years, but girls basketball is 10-12 since 2001. In all other sports, Martinsville usually isn’t good, and we’re able to take care of them pretty easily.

Columbus North may be a slightly bigger school, but they are pretty much our equivalent in athletics. It seems like it is every year, in every sport, we are competing with the Bull Dogs for a conference championship. Even this year, for example, they upset us in football for a share of the conference, but boys and girls basketball were both able to get revenge in their conference championships later on. They always have solid teams, and nothing ever comes easy against them. While we lead the all-time series 54-28-2, they are the only one of our rivals to have a winning record against us in football since 1995 (14-13). On the other hand, we have absolutely dominated them in boys basketball (29-5 since 1994), but they have been extremely solid in baseball lately, and girls basketball is a very level 15-14 against them since 2001. Boys soccer has gone back and forth (CN won state in 2012), but girls soccer has favored the Bull Dogs lately.

It all started back in 1983 when Brad Jackson ran back a kickoff in the closing seconds of the regional championship to take down a Castle team that was on a two-year 26-game win streak. While there may not have been many meetings between the two schools in any sport after that, the rivalry has gained significant ground in the past decade. The Knights are like our twin in athletics as they are the same class as us in everything and constantly meet us for sectional and regional championships. In boys basketball, they struggled against us in the beginning until they got current Iowa player Jack Nunge and were able to beat us twice in 2016-17, once in the regional semifinal. That was the same year we were able to avenge a surprising (we were #3 in 5A) loss in the 2015 regional championship to them in football. The vengeance didn’t stop there, though, as the football team was able to destroy them twice this year, once in the sectional championship. On the other hand, they were able to beat girls basketball in the regional last year and boys soccer has been extremely competitive lately. Two years ago, boys soccer miraculously beat the Knights 6-5 after trailing 5-2 at halftime, but Castle was able to win in regionals in double OT later that year. The Knights are a bit stronger in girls soccer, though, and almost always come out on top. All in all, boys basketball is 7-3 against them since 1993-94, football is 4-1 since 1983, and girls basketball is 3-4 since 2006-07.

To be brief, Southport is a very confusing school. They always have the tools to be good in athletics, but they rarely ever make any noise. They’re usually in the top of the conference for everything, they just can’t ever get over the hump which is baffling because they are the biggest school in the conference. Boys basketball is a ridiculous 21-2 against them since 1997-98 (started 17-0) and only lost when IU’s Joey Brunk was there. Football is a bit different as we still lead the all-time series 12-9, but are tied at 9-9 since 1998. The rivalry there has definitely flared up in recents years with several close games and a couple Cardinal cheap shots on Trent Richardson in 2018. The dominance continues in girls basketball, though, as the Lady Panthers are 16-4 against them since 2000-01. The Cards are very strong in boys soccer, however, winning conference the past two seasons and always have a competitive team. On the other hand, girls soccer has dominated them in the past decade.

The Stars are past their glory days in athletics, and rarely does a South team ever lose to them in anything. However, they still happen to be our neighbor and we play them in everything, so that counts for something. Football is 30-7 against BNL since 1958 and 16-2 since 1994. Basketball is 23-6 since 1994 and hasn’t lost in 16 years. The soccer teams constantly dominate them. Girls basketball is a way different story, though, as the Stars lead the series 11-8 since 2000-01 and haven’t lost to us since 2009-10. Baseball has been very competitive in the past decade and has been a back and forth affair.

This is all boys basketball here. From Chance Coyle’s epic 38 point game in 2017 to now, the our rivalry with the Bulldogs has been quite interesting. We started 6-0 against them (starting in 2008-09) then a kid named Romeo showed up and they were able to beat us everytime we met until the regular season matchup this year. There was just no getting over the Romeo hump as he ended our season several times in the regional. There have been no matchups in football since 1994, but that gets put to an end when the Panthers travel down to New Albany to kick off the 2020 season. The Bulldogs lead the all-time series 20-18-2 since 1925. There are rarely ever any meetings in other sports.

Now when I say that this one is all boys basketball here, I’m not kidding. The Dragons have risen to prominence in the past four years and finally have enough skill to compete with bigger schools like us. We’ve only been playing them since 2016-17 but the past three games have been instant classics. In 2017-18, Silver Creek led 22-20 going into the fourth quarter before South was able to squeeze out the 43-36 win. The next year, the eventual 3A state champ Dragons came to Bloomington and gave us everything we could handle but still fell 76-77. Finally, this year, South went down there in a highly anticipated game between the No. 1 teams in both 3A and 4A, and Anthony Leal was able to hit “the shot heard ‘round Southern Indiana” to win the game 69-66. Next year should be another great game as they have D1 recruits Trey Kaufman and Kooper Jacobi returning and coming to Bloomington to face Connor Hickman and Joey Bomba.

It wasn’t until this year that South faced Floyd for the first time in football, but we let them know what the Panthers were all about. After Highlander running back Wenkers Wright kicked junior safety Maddix Blackwell, the hatred nor the scoring were coming down in a 40-14 regional championship victory. Now that there is a rivalry in football, it adds on to the current competitive one in boys basketball. Coach Holmes and the Panthers are 4-2 against Floyd since 2014-15, and to put salt on the wound, ended their 31-game home winning streak this year on an Anthony Leal buzzer-beater. Like Silver Creek, it will be interesting to see what happens when junior point guard Jake Heidbreder brings the Highlanders back up to Bloomington looking for revenge next year.

Not much of a rivalry anymore, Edgewood just usually doesn’t have the skill to take us down. While they did upset the boys basketball team last year and have had some recent success in baseball, they are still the little brother. Interestingly enough, starting in 1994, Edgewood was 4-1 against us in boys b-ball but haven’t been able to maintain that, going 2-22 since then. Football met for the first time in a while this year and won 40-6, pushing the lead in the all-time series to 10-1 since 1993. Baseball is the main sport they compete with us in now as they made the 3A state championship last year. Surprisingly, we beat them last year 7-6 on a go-ahead three-run home run by Mason David, but in the years prior, they had owned the series. All other sports are typically never close.