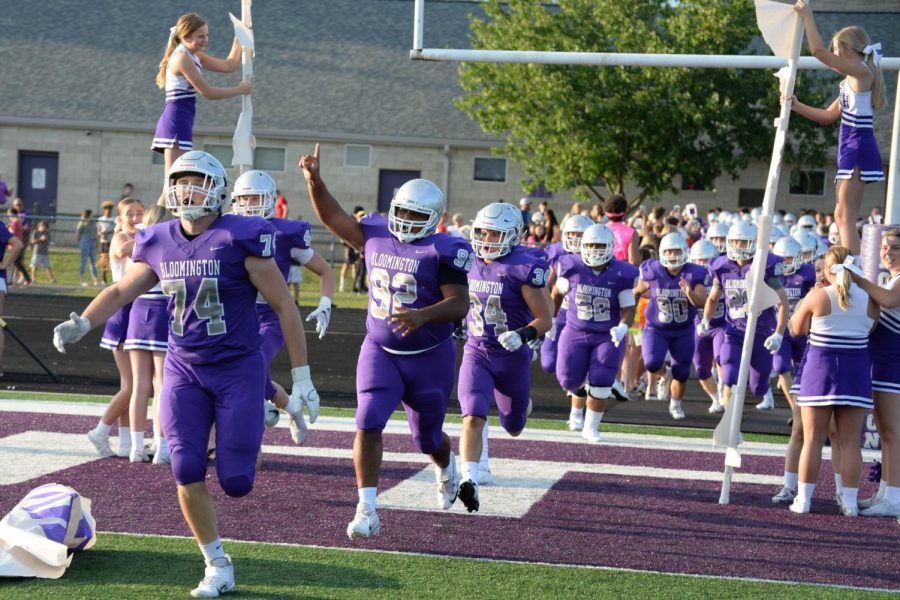 It’s safe to say that the 2020 South football season will look a lot different than the seasons of the past. The Panthers have a new head coach in Gabe Johnson, player turnover on both sides of the ball, and, of course, they have to deal with Covid at the same time.

After the retirement of former head coach Mo Moriarity in December of 2019, Johnson was the clear top candidate to replace the legendary South coach. He served as defensive coordinator for the previous seven seasons under Moriarity and now takes the reins heading into a season full of uncertainty. And yet, he’s taking it all in stride.

“He has responded without even blinking, as a great leader does, during this not-so-normal football season,” said offensive coordinator Aaron Daniel.

It helps that Johnson knows and can count on the players he’s coaching. While key players like Maverick Thiery, Sean Azcui, and Zach Bellini graduated last spring, the underclassmen of last year are ready to step up and be leaders this year. Senior Maddix Blackwell played a huge role on both sides of the ball his junior season, and looks to do the same and even more this season. Senior quarterback DJ Bull had some struggles last season, but with another offseason of training under his belt will be ready to lead the offense. Junior running back Jordan Tolden, who will carry part of the load left by Thiery’s departure, is more than ready to step into the role of a team leader.

“My overall hope is to help my teammates… to make them as best as they can be,” said Tolden.

After last year’s run to semi-state, where they lost to New Palestine, the Panthers are looking for more. Blackwell wants a state title. But before they can even start dreaming about the postseason, the Panthers have to face arguably their biggest challenge: Covid. Nothing is certain this season, and besides following guidelines to stay healthy, there’s not much they can do to ensure that they finish their season.

“The biggest thing is to control what we can control, and that’s coming in every day and giving our best,” said Daniel.

It’s likely that they are playing on borrowed time, and the season could be stopped at any moment.

“The coaches and us players are trying to remind each other to not take any practice or get-together for granted. We never know when the last time we are allowed to be together will be,” said Blackwell.

But if Indiana high school football lasts through November, the Panthers should be poised for a great season. Johnson, Daniel, and the rest of the coaching staff know what they’re doing. The players are ready to win. Friday Night Lights are back.