Some south and IU students were asked if they think it is right that IU canceled fraternity parties. Since the in person opening on September 6, several sexual assaults have been connected to Greek life houses.  A rape was reported at the Phi Kappa Phi fraternity house in the end of October. After that IU took action and canceled all fraternity parties until further notice.

Sydney Downhem and Piper Nesbit, who are students at IU and observers in Juliana Crespo’s classroom, highly support IU’s decision and think that it is a sign to all the parents and future students that IU doesn’t tolerate sexual assaults.

Downhem and Nesbit said sororities and fraternities are mostly home to freshmen that are not familiar with the community and things like drinking in public and how to make sure that you’re safe. They are the ones that are giving them support and they should make sure that it is a safe place, the students believe.

Some South students concurred that IU took the right action.

Will Wright, whose sister is in a sorority at IU said: “ I feel like most sorority members who attend parties at fraternity houses don’t feel safe when they are trying to have fun and that’s not good.… IU fraternities have to change so girls can feel comfortable and safe.”

Half of the 75% of students from BHSS that attend college go to IU. Isabella Vesperini, a senior considering going to IU, said “I think it was a good idea that they canceled them so they can discourage these kinds of activities because that’s not what’s supposed to happen at colleges at all.” 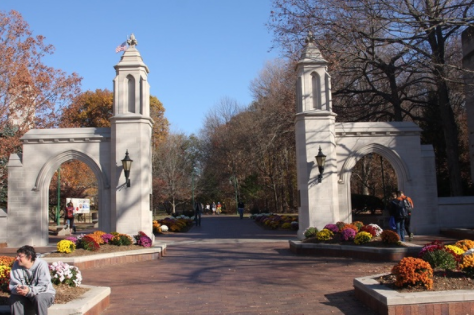