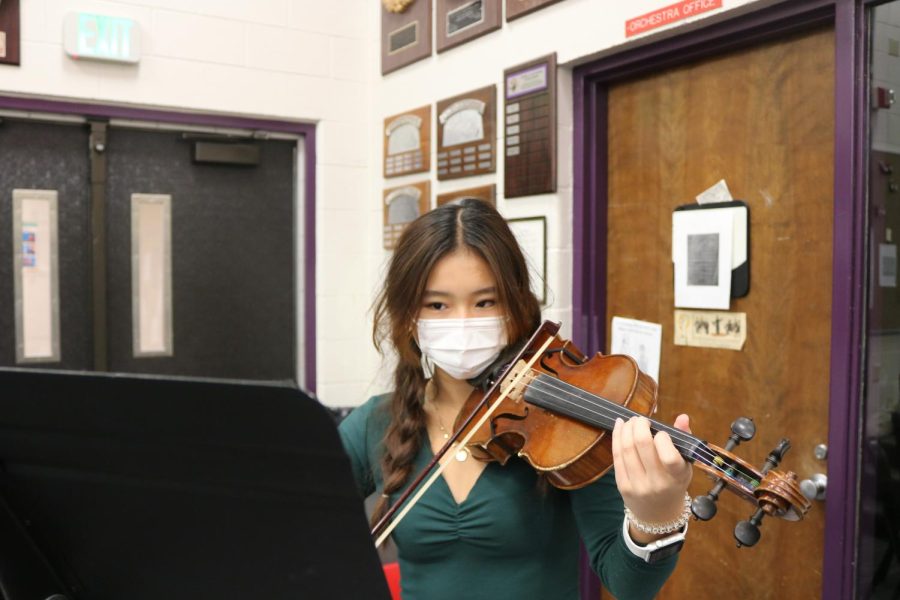 Have you ever undergone the nerve-wracking experience of performing on stage in front of a live audience? What about a live audience made up of a few thousand people at one of the world’s most prestigious locales for musical performance? For South sophomore Brooke Liao, this is reality ‒ and although to most it would be a terrifying experience, it was a dream come true for her.

For the past decade, Liao has been perfecting her skills on the violin, and late last year, she found out she would be performing with the national orchestra at Carnegie Hall, one of the most well-known concert halls in the world, in early February.

“It was almost unbelievable to me that I would get the chance to play on a stage that many great performers had once played on,” Liao said. “Only about 80 of the 5,000 applicants are selected each year so being chosen was a huge deal, especially since I was ranked as the 4th violinist overall out of 50 others. I was really excited to be performing with so many talented people!”

As one may guess, performing at such a big venue takes lots of hours of preparation, and Liao did just that in the weeks leading up to the performance. “The actual performance was on February 5th, and I had a month in advance to rehearse and memorize the music,” she explained. “I traveled to New York a few days before the performance to meet with the rest of the orchestra and we rehearsed for the four days from 9 AM to 5 PM, with a final 2-hour rehearsal on the day of the actual performance. It was a very exhausting process, but it was necessary in order for us to be fully prepared.”

Being expected to play with an orchestra composed of people you hardly know at a place with such musical royalty may seem scary, but Liao said that her experience was almost entirely the opposite. “Everyone in the orchestra was super talented and it was comforting to know that we all shared a love for music,” she said. “It was an excellent chance for me to communicate and work with such high-level musicians; we definitely pushed each other to be better as a whole and had each other’s backs.”

And finally, after many hours of practicing and perfecting the concert pieces, Liao’s time to shine was upon her. “I was mostly just worried about slipping up, and since I was sitting in the front I knew it would be noticeable,” Liao recalled. “But while I was playing, it sounded so good that I practically forgot about worrying. I was proud of the entire orchestra and all the work we had put in because our performance was breathtaking.”

After the outstanding performance, Liao was left with not only the experience of a lifetime, but also many new friends, countless good memories, and a refreshed view of music. “Music has always been special to me because it’s something I know I can count on to be there for me, no matter what may be going on in my life,” Liao expressed. “But this experience has taught me even more about myself and has given me lessons that can be applied beyond the world of music ‒ I met many people who taught me a lot and inspired me to work harder both in music and life, and I know that what I learned is going to stick with me for a long time.”