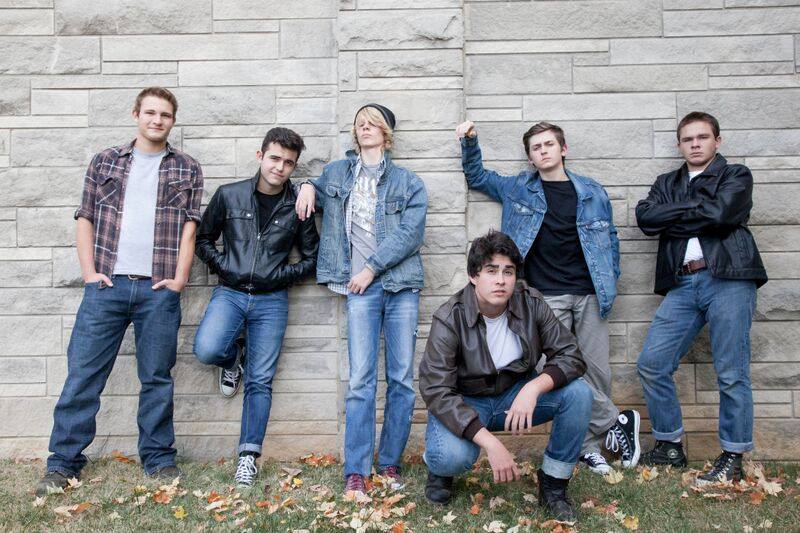 Theatre South is having their last two performances this weekend on Friday and Saturday in Carmichael Hall. Here are a few questions Optimist had for freshman Joseph Ermey. Ermey is playing Ponyboy, the main character.
Q. In The Outsiders, you play Ponyboy, how do you connect to this character?

A. Ponyboy reads a lot, and while I don’t necessarily do that anymore, I used to. Ponyboy often feels like he is trying to get out of the situation he’s in. A lot of people put pressure on him like he’s meant for something else.

Q. Were you hoping for this role?

A. I was hoping for any role I could get. I’ve always checked the any box in any show I’ve auditioned for, I was just lucky this time.

Q. What is the hardest scene to perform?

A. Dramatic scenes are hard because the more you do them the more likely you are to laugh. The fight scenes are pretty densely choreographed. There’s a lot going on in them [and] I don’t think the audience will know that we really put a lot of thought into them.

Q. What is your favorite scene?

A. My favorite scene in the show is the final scene of act one. Everything goes wrong.

Q. How do you prepare for a show?

A. Part of it is making sure you’re comfortable with everything you do, and if there’s anything you’re not comfortable with, talk to the people around you figure out what that is. You want to make sure that the show is second nature so that you can really make your part better.

Q.Do you get nervous before a show? How do you deal with it?

A. Absolutely. We have these group motivational sessions before every show. That always alleviates a lot of the tension. Everyone’s nervous, so for everyone to be nervous together and acknowledge how nervous they are, that can be really beneficial towards diffusing the tension.

Q. Have you been challenged by this role?

A. I think the hardest part of the show is staying focused because it’s an ensemble cast and there’s a lot of scenes where everyone is on stage at once. It’s hard making sure you stay in character the whole time. I’m in every scene except for one, so it’s kind of a grind when you’re just running through the show over and over again.

Q. Do you think the story is still relevant to today?

A. Yeah, absolutely. The whole idea is showing how all these people from different walks of life are actually way more similar than they initially appear.

Q. Have you modernized the play?

A. Yeah, I have an iPhone in the play, we have a movie scene and we changed the title of the movie to a movie that I think everybody in the audience will know.