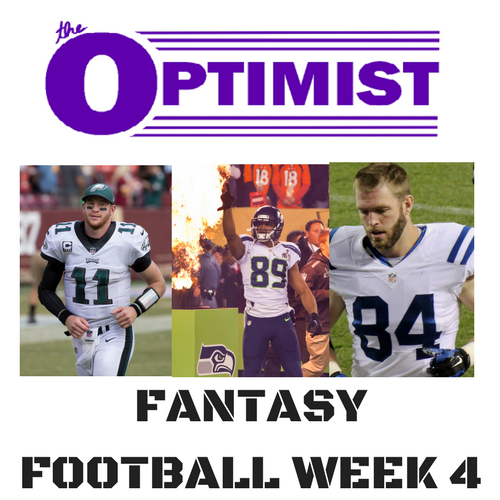 3-0! Since we have a 100 percent success rate when it comes to predicting breakouts and busts, it’s highly doubtful that you’ve lost a game. If you’re winless on the year, you probably should just take a knee and run down the clock on the rest of the season.

Dalton played well in Week 3, and should continue his momentum as he takes on the Browns.

Johnson is the RB1 in Arizona, and faces a weak 49ers defense. Expect his first TD of 2017.

Blake Bortles found success checking it down to Lewis and will continue to utilize him.

Wentz has thrown the ball more than 30 times/game and faces a weak Chargers secondary.

Siemian faced a tough defense at Buffalo and looks to bounce back against an Oakland secondary that Kirk Cousins dismantled.

Mixon looked good at Green Bay last week and will carry that play over to Cleveland.

Fournette has scored a TD in each game so far and will extend that streak against a weak Jets D.

Baldwin dominated the Titans and the Colts won’t be able to stop him as he heats up.

Snead is back from his suspension and will receive lots of targets with teams paying more attention to Michael Thomas.

Doyle has stayed quiet this year but will break out of his slump in Seattle.

Without star WR Kelvin Benjamin, Newton will continue his woes against the Patriots.

Don’t expect him to get things going this week as he faces a Vikings defense that is yet to allow a running back to score a touchdown.

Cooper got off to a hot start, but he struggled last week and will again against a strong Broncos secondary.

With Willie Snead returning from his suspension, it’s hard to see Fleener continuing to getting the same amount of targets that he benefited from early on.

All images courtesy of Creative Commons