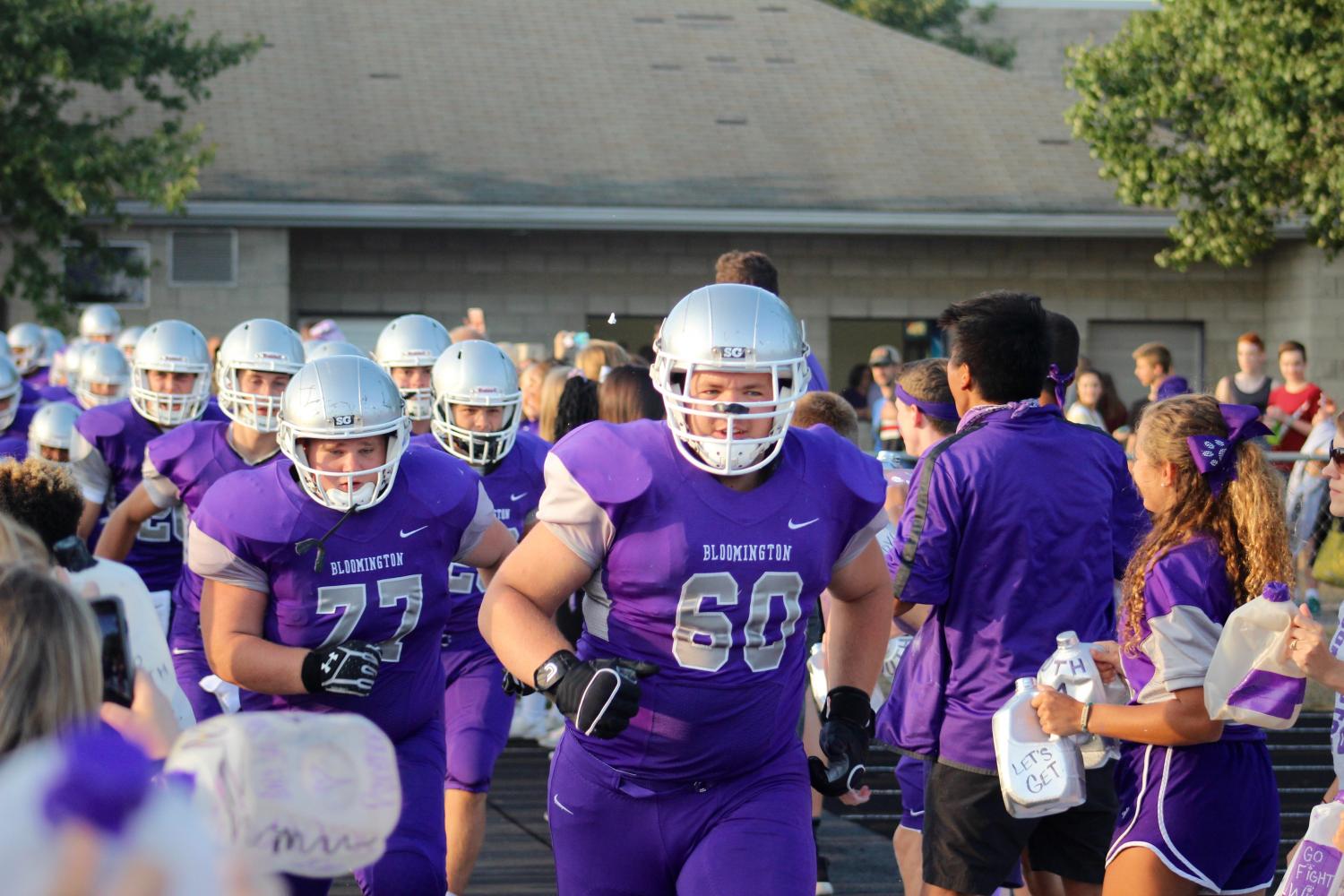 Even though sectionals are just a few weeks away, South football remains focused on Friday’s bout against #19 Columbus North. The game will be held under the bright lights of Lucas Oil Stadium, and South (3-4) hopes to keep the offensive firepower alive and escape with a win.

South struggled early on in the season as a result of lacking a true offensive superstar. Last week, they got him back. The return of Kristian Pechac forced TH North to focus everything on the star running back, which opened up much needed space for the rest of the offense. To contain Pechac, Columbus North will be forced to stack the box on defense, giving exterior threats more openings. If South is to edge Columbus North, Yeskie & Co. will have to prove their effectiveness through the air.

Columbus North comes into Friday’s matchup with a record of 6-1, their only loss against an excellent Franklin Central squad. North’s offense is relatively balanced, but has several explosive playmakers that can put up points in a hurry. Junior quarterback Trenton Kelley has thrown for 19 touchdowns on just 3 interceptions and knows exactly who to look for: senior WR Jaylen Flemmons. Flemmons averages 122.7 yards/game and has already put up 12 touchdowns on the year.

South’s secondary is one of the most experienced and strongest elements of the team, with a core group of seniors in Philip King, Chase Washington, Quantrell Porter, Wyatt Dalton, and Polamalu-esque safety Jack Hanchett. Porter, a ball-hawking cornerback, already has 6 interceptions this season. Porter will be matched up opposite Flemmons, and will need to be successful in containing Columbus North’s top threat.

Bloomington South will have a free fan bus for students heading to Lucas Oil to cheer on the Panthers, which leaves at 5 p.m. Tickets to the game are $12 for students and adults, and $8 for kids 12 and under. We encourage you to join us as we #PaintLucasOilPurple.