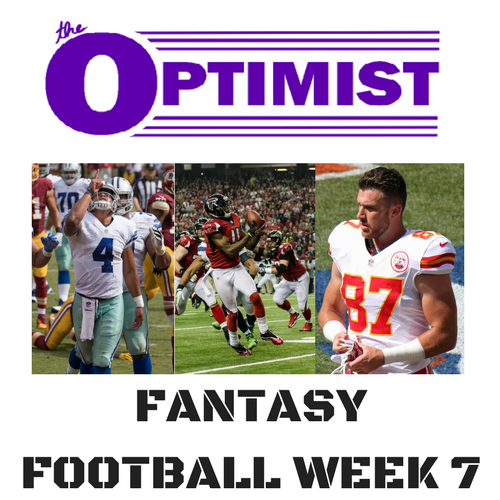 Aaron Rodgers went down, Adrian Peterson heated up, and week 6 proved to a tumultuous ride. Whether you’re simply trying to keep the ship afloat after losing a player to injury, or stocking up to make a push for the playoffs, we’ve got you covered.

Even though he threw three interceptions in relief of Rodgers, none of them were his fault, and with a full week of practice as QB1 he’ll perform solidly against the Saints.

Darkwa is undoubtedly the feature back in a Giants offense that lacks and exterior firepower.

Anderson received a season-high twelve targets against the Patriots and has a good chance to continue this trend moving on.

Miller has been Trubisky’s top red zone target, and faces a Panthers defense that has been shaken by injuries.

Prescott has carried over his confidence from last season, and he plays the 49ers, so yeah.

Since Derek Carr’s injury, the entire Oakland Raiders team has struggled. Smith will bounce back from his rough week 6 performance.

Ajayi has gotten 25+ carries in each of the last 2 weeks, and gets a great opportunity to breakout against the Jets.

Fournette has been explosive as of late, and will to dismantle a Colts defense that ranks among the worst in the league.

Jones is set to breakout for the first time this season against that infamous Patriots secondary.

Emmanuel Sanders went down and fantasy owners should expect Siemian to increase his amount of targets towards Thomas.

Kelce was correctly picked to be a bust last week, but will turn things around and breakout against the Raiders.

Brady has struggled to continue his early season dominance in recent weeks, and won’t turn it around this week against the Falcons secondary.

While Cleveland is typically a featured defense on our breakouts list, their front 7 has been effective against the run so far, and Murray lacks consistency.

Green has been explosive since the hiring of Offensive Coordinator Bill Lazor, but will cool off against a Steelers defense that has given up the fewest points to WRs this year.

Reed has been hampered by injuries so far, but won’t get things rolling this week against the 5-1 Eagles.