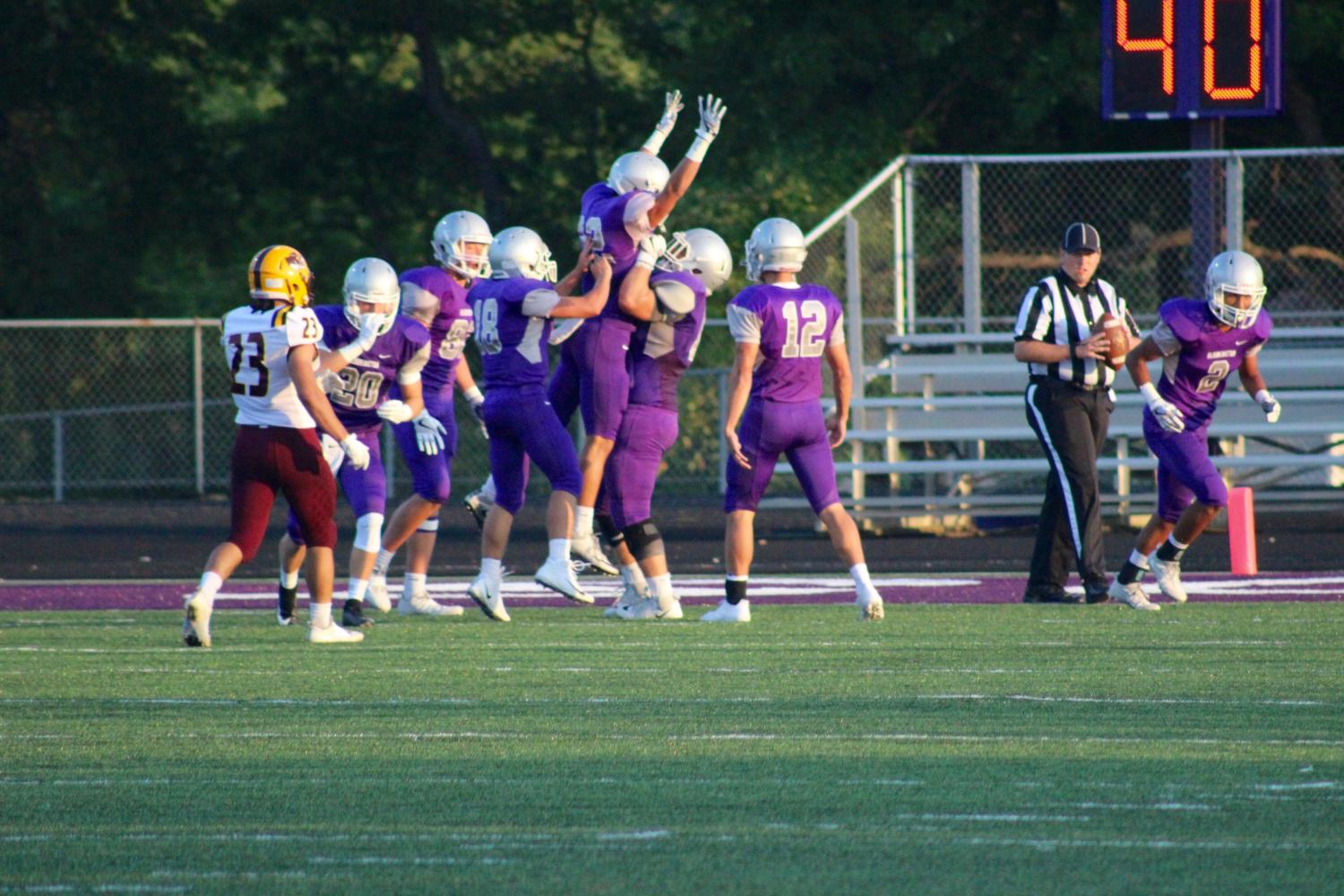 While South Football is typically led into the IHSAA playoffs by a crop of seniors, this year will mark a change on the offensive side of the ball. Star senior quarterback Gavin Yeskie was sidelined with a season ending collarbone injury last week, ending his three years of commanding the South offense.

Replacing him will be sophomore Jake Johnson, who has served as the JV team’s starting quarterback and led them to a 7-2 record.

Johnson seems ready when asked about his first varsity start, “I’m excited and a little nervous cause it’s sectionals, but I’m confident in my play,” said Johnson.

Alongside him will be fellow sophomores and friends Maveric Thiery, Sean Azcui, Nate Taylor, and James Bomba who have all been yearlong varsity starters.“We have five sophomore starters, we have a lot of talent, and we all play hard because of our experience playing together in middle school and freshman year,” said Johnson.

Sophomore Maveric Thiery has served as the starting running back for most of the season, and leads the team in rushing yards with 724. “[the playoffs] will be an experience, we’re gonna come out and give it our all,” said Thiery.

Sean Azcui, another sophomore, has been the top threat at wide receiver this season. He’s caught 43 passes for 580 yards and 7 touchdowns.

At right tackle, Nate Taylor has been a key member of South’s offensive line since freshman year, and will start on Friday. Taylor believes that his playoff experience has “helped drive down the nerves and will allow me to play within myself and the team.”

The Panthers (4-5) face off against the Whiteland Warriors in the 1st round of sectionals in the IHSAA class 5A playoffs. Whiteland (2-7) runs the ball often and hard, with over 2,400 rushing yards on the season. The Warriors’ rushing attack is led by the trio of senior Ryan Hammond, junior Jake Perry, and senior Preston Phillips.

If South is to be victorious, their offense must get ahead early and force Whiteland to play from behind. The Warriors have absolutely no chance of winning this game if they have to put the ball in the air, as their passing game has been disastrous all season.

South will look to advance in the sectional, and if they do so, will take on their crosstown rivals, Bloomington North.

South football faces off against Whiteland in the first round of the IHSAA playoffs. Kickoff is set for 7 p.m. at Fred Huff Field.