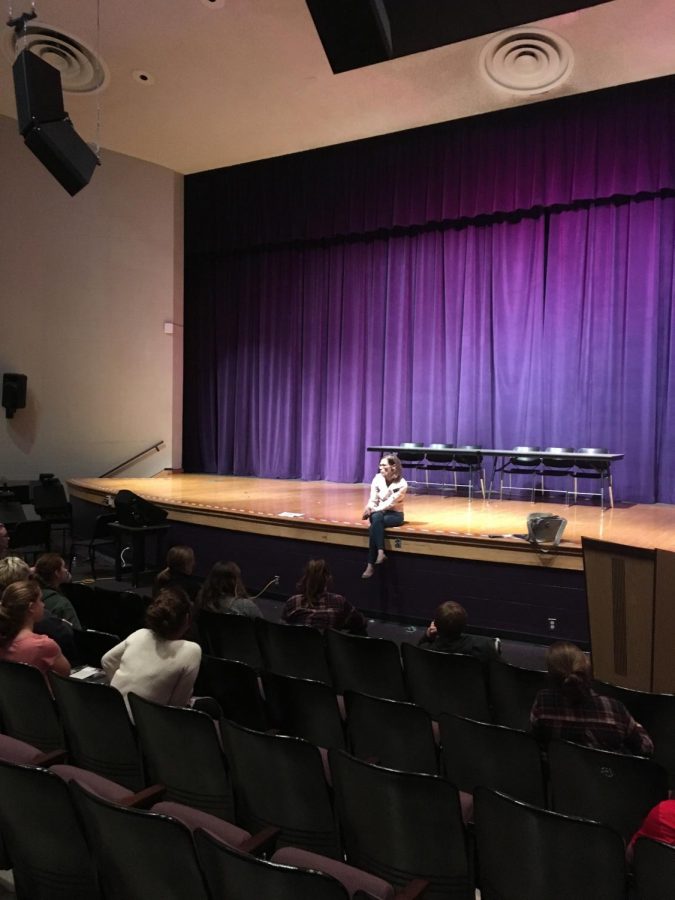 Watson started off by introducing her career, from her years in show choir at South to her time as a policy analyst in the U.S. House of Representatives. Following this, she took questions from the students on topics ranging from gun control to LGBTQ+ rights.

Junior Nidhi Krishnan is one of the leaders of the BHSS Democrats club, and spoke on her thoughts from the event.

“We think of elected officials [and candidates] as such pretentious figures, but Liz Watson was super down-to-earth. She genuinely wanted to talk to us. It was a great experience to hear about her ideas and plans to make the country better,” said Krishnan.

Senior Baileigh Goodlett “appreciated how Liz Watson incorporated her personal experience of being both a mother of two children and an Indiana citizen into her progressive message.”

The club will host fellow Democratic Primary candidate Dan Canon in November, who is a civil rights attorney from New Albany. In the future, the club hopes to host a debate between Canon, Watson, and the rest of the Democratic candidates for IN-09.

The BHSS Democrats have their next meeting Thursday, November 2nd after school in Mrs. Steele’s room (A239).