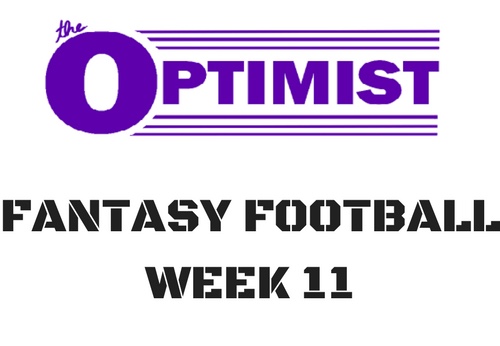 Week 10 was full of all kinds of surprises. Injuries are starting to plague the NFL, and it’s having an impact on fantasy owners. Join us and, most importantly, heed our advice as we make the final push for the playoffs.

Case Keenum has finally started to light a spark on this Vikings offense. Look for him to keep it going the rest of the season.

Starter Aaron Jones is out several weeks, and Ty Montgomery is questionable and inefficient. Jamaal Williams is a nice RB2/FLEX for the next couple weeks.

Stills has seen a lot of targets the last few weeks. If he is still on waivers in your league, he is a great late season option.

Fiedorowicz was placed on Injured Reserve after week 1, and after a limited week 10, he looks to be a target-heavy safety net for whoever’s under center for Houston.

Smith will be well rested coming off a bye and gets the struggling Giants D this week.

Carr continues to get lots of opportunities in Bill Musgrave’s pass heavy offense, and faces an awful Patriots secondary.

“Shady” has been off his game the past few weeks, but gets the league worst Chargers run defense this week.

Lynch, fresh off a two touchdown performance last week, will score again and run the ball well against the Pats.

Jeffery continues to garner more targets in the dynamic Eagles O, and will explode against the Cowboys.

We like Fitz this week, who is due to get beyond the pylon for his first time since week 6.

“Gronk” will get back into the endzone and see heavy usage.

Dak will have a hard time doing much of anything against a stellar Philly secondary.

The Vikings running back duo won’t be their normal selves this week against the Rams front seven.

The Bills just switched to rookie quarterback Nathan Peterman, which will not help the already struggling Benjamin.

TE: Coby Fleener (VS WAS)

The Saints hardly ever throw the ball anymore, and when they do, it isn’t to Fleener.